Black Scientists & Inventors in the U.K. 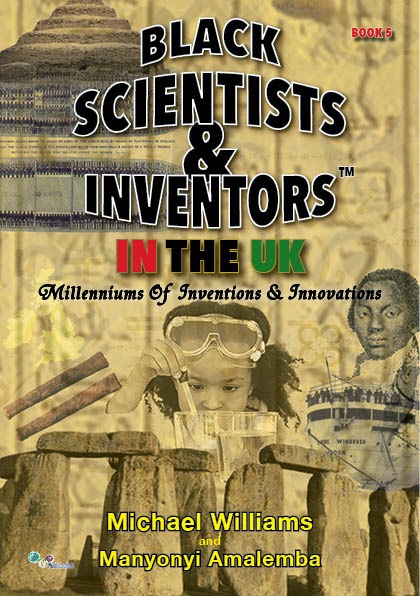 The contributions from people of African descent to Britain, is anything but new. Africans have been contributing to the UK since the earliest of times. There have been many waves of Africans immigrating to the UK over millenniums. The earliest times would be when man rose from the cradle of civilization in central east Africa and millenniums later migrated throughout the entire world and this included Britain. The second entry into the Britain were the people we refer to now as ancient Britons or Iberian Celt (Black Celts) who walked the British shores around 8,000 B.C.E.

The third came with the Roman conquest of Britain around 79 C.E., and the occupation of it in 197C.E. by Emperor Septimius Severus, who was an African. Romans were known for assimilating people who they conquered into their armies in order to expand their empire. Some of those conquered were Africans who eventually ascended to the very top ranks of the Roman army as well as society. One of these was Emperor Septimius Severus, who lead a Roman army, which included other Africans, into Britain. Their legacy can be seen all over Britain such as great road constructions, Hadrian's Wall in North England, and water and sewage systems example of which can be seen in the city of Bath and some roads throughout England.

Around 700 AD Africans can once again be seen in numbers in Britain, they were referred to as Black Moors, Blackamoore or just Moors. These Africans again having a huge impact on the British historical landscape by leaving their culture which still effects us all today. One example of this is Morris dancing usually performed in the North of England. There is also evidence that it was the Moors who brought the bagpipes from Spain to Scotland.

The fifth wave of Africans was during the Tudor times 1457-1509, at first not as slaves but free people engaged in trade and commerce. An example is 'Blacke Trumpet' John Blanke was a musician who played in the court of Henry the VII and Henry the VIII for a salary of £20.00 per month.

The sixth was in the 1700s, when a large group of enslaved and free Africans fought alongside the British during the American War for Independence. The enslaved Africans were promised freedom, financial compensation and resettlement in England as a reward for their help. - It must be noted that they did not receive any financial compensation and became part of the Black poor in London.

One would think that after the cruel treatment, which Africans suffered during the “Trans-Atlantic Enslavement Trade”, they would stay clear of Europe and Europeans. Not so, in the early 1900s and 1940s there was a seventh migration of Africans who came to Britain's aid to help keep Britain free from Nazi occupation during the First and Second World Wars. These Africans from the West Indies along with their African American brothers --who incidentally suffered under the same western European slavery system -- came to Britain volunteering their services to help, what they thought, was their mother country in her time of great need.

The Windrush Years, Africans again travelled from the Caribbean to England during the late 1940s, to help rebuild Britain after the WW II and due to poverty because Britain (the Mother country) improvised it's Caribbean colonies and the people in that region by draining the wealth from the Islands to take to the UK.


Within the pages of BLACK SCIENTISTS & INVENTORS IN THE UK you will discover how Africans from the continent of Africa and its diaspora are continuing what their ancestors did in the past and that is positively contributing to the social and wider fabric of Britain. There by helping her maintain her place on the global map despite Britain’s "Colour Bar", prejudices and racial discrimination of Africans in Britain in the preceding centuries. Herein are poignant examples of perseverance, staying power and achievements against all odds and adversaries.

Donate - I'd like to help the Black Scientists & Inventors' Team, with their important work.